The Jefferson Avenue Footbridge was the first of its kind to be built in Missouri and is unique in engineering and historic significance. The footbridge was built at public expense by The American Bridge Company of Pennsylvania. Its innovative multi-arched cantilever design made it possible for workers to construct the bridge by spanning out over the railroad tracks, thereby minimizing impacts to the rail lines below. The bridge also represents the history of two cities coming together – North and South – and the community’s connection to the railroad and the commercial growth opportunities it provided.

Placed on the National Register of Historic Places in 2003, the Jefferson Avenue Footbridge continues as a symbol of growth and opportunity today. Prior to its closure, the bridge served as a vital pedestrian and bicycle connection, linking the booming Commercial Street Historic District to the Woodland Heights Neighborhood and helping to spur growth of the Moon City Creative District across the tracks to the north.

The Jefferson Avenue Footbridge was closed March 1, 2016 after Public Works inspectors found corrosion and steel loss in the north support column. Due to safety concerns, it was deemed in the public's best interest to close the bridge to conduct a full evaluation and determine repair options.

The City hired Great River Engineering (GRE) to conduct an in-depth structural evaluation of the bridge. GRE is a Springfield-based civil engineering firm that has rehabilitated several bridges in the region – Riverside Bridge and Mill Pond Bridge in Ozark, Devil's Elbow Bridge in Pulaski County and the Meramec River U.S. 66 Bridge in Eureka.

The deficiencies identified in the structural evaluation included:

• One of every three primary members (36.4%) do not have adequate capacity and need repaired or strengthened.

• Six of the 10 vertical columns in the south approach need to be strengthened.

• The stairs on both north and south approaches need to be replaced. ADA accessibility also needs to be incorporated.

• The paint system is failing in numerous locations. It is recommended that the existing paint be removed to bare metal and that a three-coat paint system be applied. This approach to the rehabilitation will aid in impeding the corrosion and deterioration of the structure, thereby lengthening the life of the bridge.

A full list of rehabilitation options and associated costs can be found in the Footbridge Evaluation Executive Summary.

Public Works staff applied for the 2022 Rebuilding American Infrastructure with Sustainability and Equity (RAISE) grant after City Council’s approval.  The project was not awarded, but the application made it to the final round of scoring.  Public Works is considering applying for the 2023 round of RAISE Grant funding.

A Railroad Crossing Elimination Grant Application has been submitted.  Federal Railroad Administration has not release award information at this time.

City staff continues to look for all potential funding opportunities for this project.

Public Works staff updated City Council on the results of a recent bid process for the rehabilitation of the Jefferson Avenue Footbridge during a City Council Lunch Workshop on Dec. 7, 2021.

Bid results were nearly double the cost of the roughly $3 million dollar engineering estimate on the historic structure. 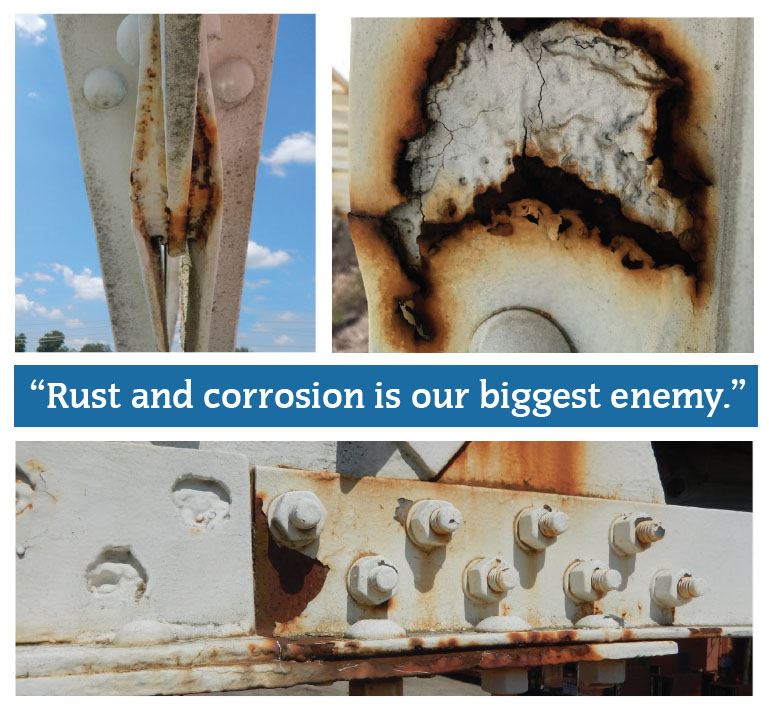 About the Rehabilitation Effort

Results of the in-depth structural evaluation of the bridge were presented to City Council in late 2016. A public engagement effort was then launched to help gauge public opinion on the future of the bridge and provide input toward selecting a rehabilitation option.In early 2017, public input results were presented to Council which indicated support for the full rehabilitation of the footbridge. Council members gave the go ahead to spend approximately $200,000 for the structural design phase of the preservation and further directed staff to develop a funding plan proposal.The City has secured federal funding to help pay for the expected $3.2 million rehabilitation. Eighty percent of the cost will come from Surface Transportation Block Grants (STBG) with a 20% local match divided among various funding sources, including the 1/4-cent Capital Improvement and 1/8-cent Transportation sales taxes. The match also relies on $50,000 raised by the Commercial Club of Springfield.As a requirement of this funding and to allow equitable access to all, the bridge must be brought up to compliance with the Americans with Disabilities Act (ADA). Following a public input process conducted in early 2018, the top designs selected involve the installation of small, light-duty lift elevators on the north and south ends of the bridge as well as the reconstruction of stairs. Light-duty lifts are also considered the most cost-effective method of achieving ADA compliance.Due to the footbridge's inclusion on the National Register of Historic Places, in early 2019, interested parties from the local and national level gathered to participate in the State Historic Preservation Office (SHPO) 106 process consultation meeting. Parties worked together to discuss the proposed designs and provide direction on addressing and historically documenting the design modifications planned through the rehabilitation.

History of the Jefferson Avenue Footbridge 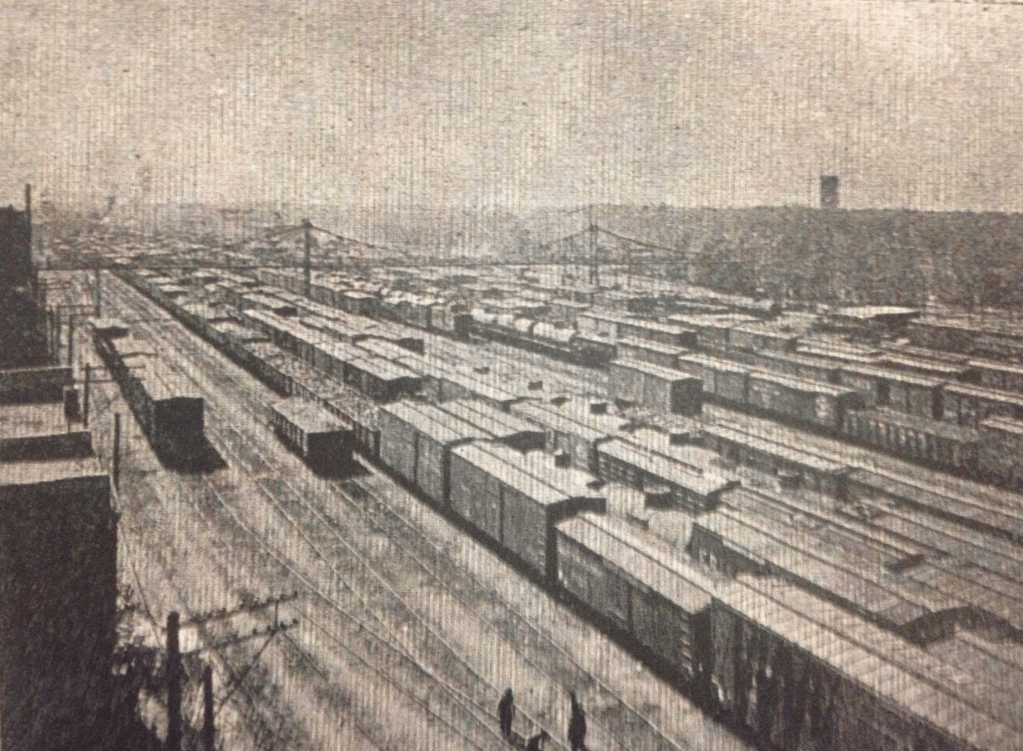 Springfield's Jefferson Avenue Footbridge is a three-span steel cantilever through truss footbridge, the first of its kind known to be built in Missouri. Originally spanning 16 railroad tracks of the St. Louis and San Francisco Railroad ("the Frisco Line"), the 562-foot long structure was originally constructed by the American Bridge Company of Pennsylvania with construction engineering by J.W. Hoover of Kansas City, Missouri. While the bridge has sustained some changes throughout its lifetime, such as the removal of bicycle ramps and previous restoration efforts, it maintains its integrity of material, association, setting and function.

The bridge was constructed in 1902 at public expense after the Frisco, Springfield's largest employer, threatened to pull its division headquarters out of Springfield. A pedestrian bridge was needed to solve a long-standing problem: residents from north of the rail yard walking across 16 busy tracks to reach Commercial Street, the principal business district of North Springfield. A $40,000 bond issue was passed to finance the bridge and two vehicular underpasses beneath the tracks. The bridge itself originally cost $8,500.

View the nomination document to the National Register of Historic Places.