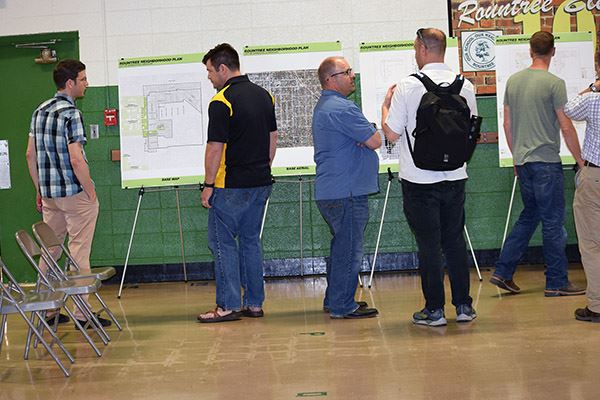 In the Spring of 2015 the Rountree Neighborhood Association Board asked Springfield City Council to initiate a review and consider amending the Rountree Neighborhood Plan and the Rountree Urban Conservation District. In January 2017 City Council directed staff to move forward with an update to the Rountree Neighborhood Plan and bring forward recommendations for amendments to the Rountree Urban Conservation District. Each subsequent plan, including this addition, represents a point in time review of the neighborhood health and memorializes issues of concern and value, in addition to strategies for targeted improvement. In the Spring of 2018, H3 Studio was hired to assist the City with an independent study of the National Avenue and Cherry Street corridors and provide an outside perspective on how the corridors should optimally be developed and improved in the coming years.

City Council adopted the Rountree Neighborhood Plan as an extension of the City's Comprehensive Plan on November 19, 2018. The adopted plan can be viewed below:

Below, you will find links to pages, each with a brief explanation, arranged in sequence from 1-13. You are strongly encouraged to review each in order as this will give you best opportunity to understand the process and final recommendations provided by the City and H3 Studio.