How to hire an arborist 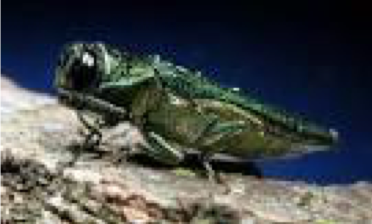 The Missouri Department of Conservation has confirmed the presence of the invasive forest pest, the Emerald Ash Borer, in Greene County.

The Emerald Ash Borer is an exotic beetle from Asia whose larvae feed on the inner bark of ash trees, killing the tree within the span of a few years. The beetle has already been responsible for the loss of tens of millions of ash trees in North America. Preventative insecticide treatment options exist, but they cannot eliminate an infestation once it occurs.

The City of Springfield is taking a proactive stance in the management of the issue, which is expected to affect less than 3% of the total urban tree canopy. 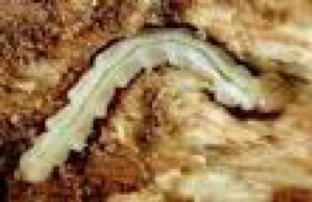 There are currently 380 City-managed ash trees located in public right-of-way. Springfield Public Works urban forestry division has identified and inspected every City-managed Ash within the last year, looking at factors such as location, size and health of the tree. This information was then used to develop removal and preventative treatment recommendations.
The City has budgeted $75,000 in FY2019 budget for Emerald Ash Borer management. These funds will be used for the preventative treatment of approximately 50% of the City’s Ash trees and the removal of trees that are in poor condition or location.

City staff have studied the location of every city-managed ash tree, located along streets and right-of-way — a total of 380. Each individual tree's fate has been decided based on the tree's health, where it's located and other factors. Over the course of five years, the city plans to treat 177 trees and cut down and replace 164 trees. The remaining 39 trees may be treated once, then re-evaluated.

View an interactive map of all City-managed Ash tree locations.

Ash trees will need to be treated once every one to three years depending on the treatment to keep them free of emerald ash borers. There are two ways of treating them. The soil surrounding the tree can be drenched in a type of insecticide, or measured amounts of insecticide can be injected in small holes drilled every six to 12 inches around the diameter of the tree.

For every Ash tree removed from the public right-of-way, another species of tree will be planted. The Public Works urban forestry division suggests that residents facing the need to remove an infected Ash tree on their private property, follow that same protocol. The total number of Ash trees in the community is unknown at this time, but Kellner expects that 97% of the community’s total trees are not going to be affected.

About the Emerald Ash Borer

According to the Missouri Department of Agriculture, the Emerald Ash Borer is an exotic beetle from Asia that was discovered in North America in the Summer of 2002. The beetle has most likely spready by hitchhiking on firewood transported among homes and recreation areas in at least 34 states. 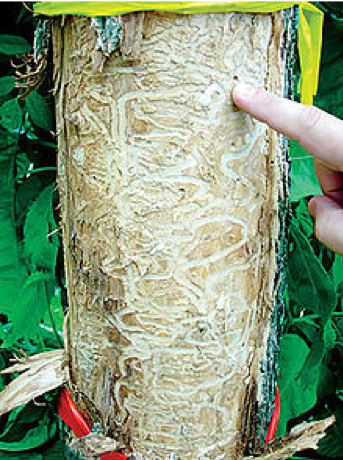 The adult beetles nibble on ash foliage, causing little damage. However, the beetle larvae feed on the inner bark of ash trees, disrupting the tree's ability to transport water and nutrients, eventually killing the tree. Small trees can die as soon as one to two years after infestation, while larger trees can survive for three to four years.

Only ash trees are at risk for EAB. Ash trees are widespread in the United States and all 16 native ash species are susceptible to attack. Ash trees affected by the Emerald Ash Borer often have few or no external symptoms of infestation. Symptoms of an infestation may include any or all of the following: dead branches near the top of a tree, leafy shoots sprouting from the trunk, bark splits exposing larval galleries, extensive woodpecker activity, and D-shaped exit holes.

Insecticide treatment options exist, but they are only preventative and cannot eliminate an infestation. These products are applied either to the soil or lower trunk of the tree and then transported throughout the tree by its vascular system. Preventative treatment is the only way we can retain Ash trees in our community.

Ash trees located on private residential and commercial properties are the responsibility of the property owner.

The City recommends that residents take inventory of the ash trees on their property and assess whether the trees are healthy enough for preventative treatment or may need to be removed. For help identifying and assessing trees, refer to the Missouri Department of Conservation's EAB Management Homeowners Guide and EAB resources website. Property owners can also call the Master Gardener Hotline at 417-874-2963 for help identifying and assessing trees.

If an ash tree is healthy, property owners can treat it with insecticides. The cost of preventative treatment is about $10 for each diameter inch of the tree and needs to be retreated according the insecticide chosen.

Problems may arise if an ash tree is left alone without treatment. Once killed by emerald ash borers, trees become brittle and more difficult and costly to remove. Additionally, dead trees may pose a safety hazard or may fall into a neighbor's property or onto a sidewalk.