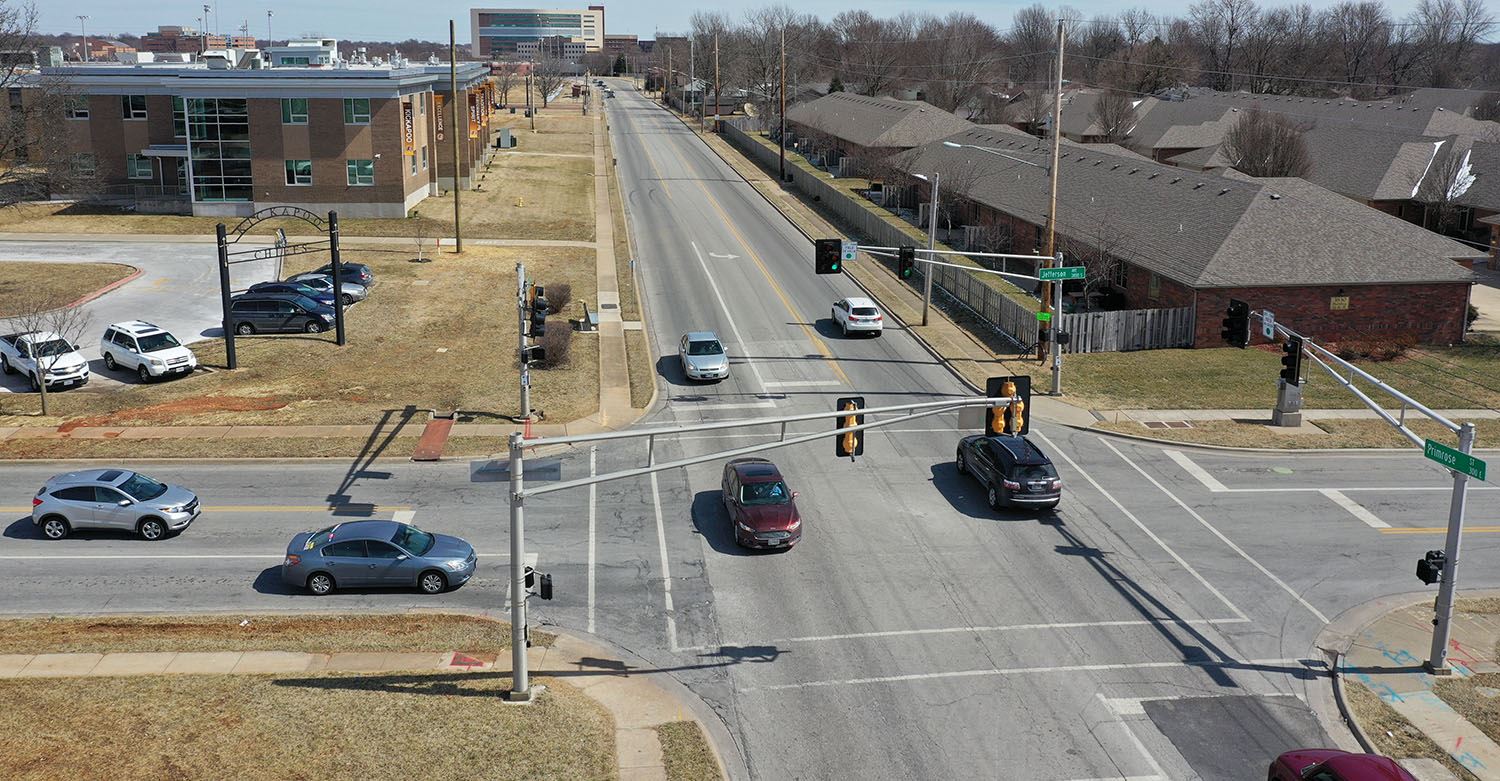 The project involves the widening of Primrose Street to five lanes between South Avenue and Kimbrough Avenue, including the construction of bike lanes on both sides of the roadway and Americans with Disabilities Act-compliant sidewalks. New traffic signals will be added at the intersection of Jefferson Avenue and Primrose. Also included is the construction of new City Utilities gas and water facilities and the installation of a sewer main to provide service to Kickapoo High School’s athletic facilities.

Construction of widening improvements along Primrose Street between South Avenue and Kimbrough Avenue continues this week with the closure and reconstruction of three Kickapoo High School parking lot driveways.

Parking lot closures off of Primrose Street are scheduled as follows:

Two weeks after the start of the school year and the roadway widening project is progressing and remains on schedule for completion in November.

“We’re still on track to reopen Jefferson Avenue, north of Primrose, within the estimated 30-day timeframe,” says Public Works Project Manager Andrew Flippin. “Road grading work has progressed and the public can expect to see paving along the north side of the project in the first weeks of September.”

Two-way traffic along Primrose Street has been maintained but continues to be reduced to two lanes in certain sections with no center turn lane. As paving and driveway access on the north side of the project is completed, traffic will be shifted north, so crews can complete improvements on the south portion of the roadway and Jefferson Avenue intersection.

Various nighttime and weekend closures of Primrose are expected, including a possible closure of Jefferson, south of the Primrose intersection. Any further traffic impacts will be announced with as much notice as possible.

Students and faculty are advised to continue to access school parking lots on Primrose from the east or on Jefferson from the north. Slow down, use caution and try to avoid making left turns within the work zone.

“Even without the construction, this area can be pretty chaotic during school opening and release times,” Flippin said. “We are continually working to keep the area safe and to make sure traffic doesn’t backup and affect other roadways. Our ultimate goal is to relieve some of the traffic congestion with the completion of this project.”

In anticipation of the first day of school in Springfield Tuesday, the City encourages Kickapoo High School students, parents, teachers and staff  to allow plenty of travel time to school and expect delays due to construction related to the Primrose Street Widening Project, which began in April and will be complete in November. Motorists are asked to reduce speed and use caution while traveling through the work zone.

“We know the construction schedule for this project is not ideal and we apologize for the ongoing inconvenience,” says Public Works project manager Andrew Flippin. “We are working closely with Springfield Public Schools and meeting weekly with Kickapoo High School to continue making adjustments to the work zone to help with traffic flow and safety. We hope the public will be pleased with the improvements once this project is complete in the fall.”

Remaining costs for the project are provided through the City’s voter-approved ¼-cent Capital Improvement Sales Tax.