The Inspections and Internal Affairs Unit (IIAU) is responsible for tracking and investigating complaints of misconduct against SPD employees and maintaining records on a variety of incidents, including disciplinary actions taken, vehicle pursuits, use of force and vehicle accidents involving on-duty SPD employees. In addition, this unit conducts internal audits, inspections of cash funds and evidence, as well as background checks for the City of Springfield related to certain licensing applications. 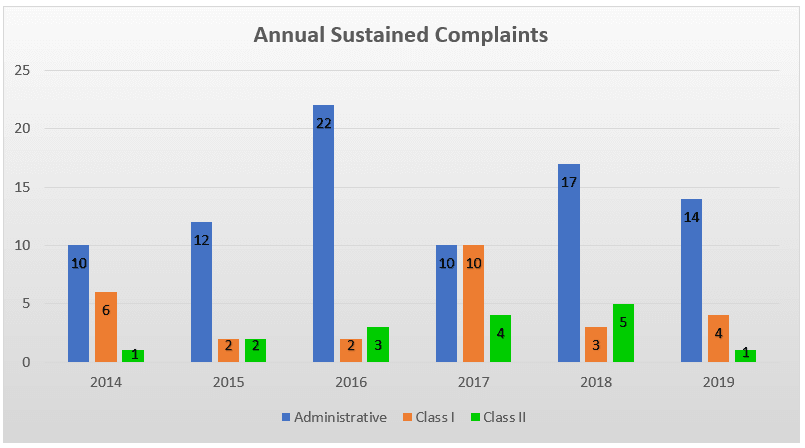