The goals of the Cherry and Pickwick Intersection and Traffic Calming project include slowing down traffic along the Cherry Street corridor, creating a safer and more inviting environment for pedestrians and promoting placemaking through aesthetic design features and landscaping.

Improvements at Cherry and Pickwick will stretch roughly from Fremont Avenue to the west and the railroad crossing to the east. Traffic Calming:

The Cherry Street and Pickwick Avenue intersection will feature "bulb-outs," or extensions of the curbline into the roadway, to visually and physically narrow the street. This narrowing effect forces vehicles to slow down as they enter the intersection. In addition, the bulb-outs also create a safer crosswalk by reducing the crossing distance for pedestrians from around 37 feet to closer to 22 feet, while also improving the sight distance for vehicles.

A raised crosswalk is also planned to be incorporated into the bulb-outs at the intersection. This will further slow traffic by creating a speed hump in the roadway. In addition, texturizing this crosswalk will provide an audible, tactile experience for drivers, further providing a reminder to use caution.

Similar curbline bulb-outs will be added to the western and eastern limits of the project. These will again, create a visual and physical narrowing of the roadway and will signify to drivers that they are entering a “pedestrian friendly” area. Crosswalks will also be included in these eastern and western project limits.

Parking: Although increasing parking was not a primary goal of the project, the proposed design provides for an additional six parking stalls within the project bounds as well as two dedicated motorcycle spaces.Landscaping: The planned curbline bulb-outs not only serve to calm traffic, but they also provide for more green space and opportunity for landscaping. Various trees and native plantings are planned for the right of way.

The Cherry and Pickwick Intersection and Traffic Calming Project is estimated to cost approximately $170,000 and will be funded through the 1/8-cent Transportation Sales Tax Alternative Transportation program. City Utilities will be funding utility renewal work throughout the project area. The City has contracted with D&E Plumbing & Heating to complete the work.

Construction of the project began June 14. Completion is anticipated in October, 2021.

Residents can expect traffic flow through the work zone to be limited to a single lane of westbound traffic for a large portion of the project duration. Eastbound traffic is advised to follow the marked detour. Sidewalks will also be impacted throughout construction, as crews work to relocate utilities and enhance pedestrian offerings in the area. Residents can expect periodic complete nighttime closures for utility work and a week-long closure near the end of the project for the installation of crosswalks.

Motorists are advised to follow all marked detours. Please use caution when traveling through the work site. 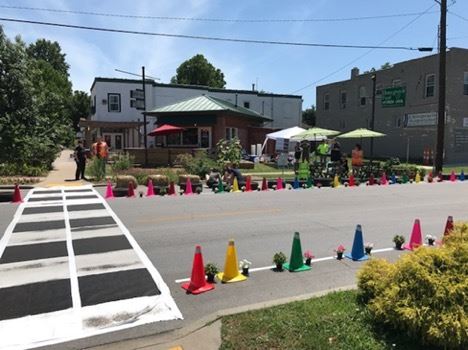 Over the past several years, the Cherry Street and Pickwick Avenue area in Springfield has become an increasingly popular activity center for neighborhood residents and visitors alike. With the increase in popularity has come additional vehicular and foot traffic. This increased pedestrian presence spurred safety concerns among the neighborhood and business owners due to the proximity of vehicular traffic along Cherry Street, which serves as a secondary arterial roadway. 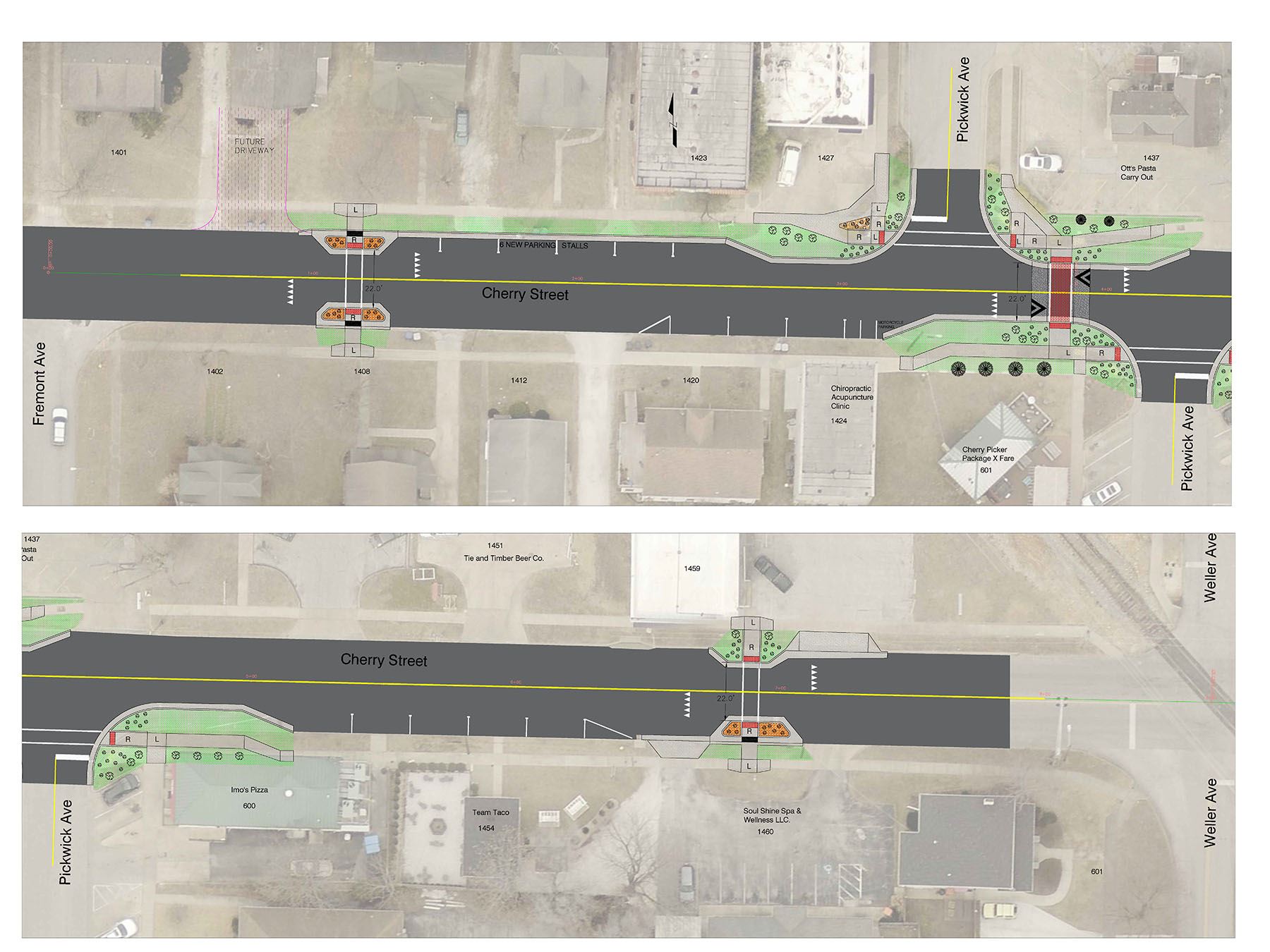