The development of the 2020 Capital Improvements Program (CIP) represents a collaboration between citizens and the City that results in a comprehensive database of all public improvement needs planned everywhere in the city, from the airport to the zoo. The CIP also serves as a planning and budgetary support document, a community report and a 6‐year schedule outlining priorities for improving the City’s infrastructure and assets.

Because the City’s capital improvement needs are continually evolving, the CIP database should be updated annually. The CIP provides for an opportunity to evaluate the entire capital budget and respond to the uncertainty of federal and state mandates, in addition to unexpected emergencies.  As these needs and cost estimates are identified, necessary projects will be recommended for inclusion in future Capital Improvements Programs.

The CIP also strives to align anticipated capital improvements with adopted plans, studies and related programs the City and its various departments are charged with following.

Lastly, the CIP provides the City with an opportunity to create a clearinghouse or inventory of needs, wants, mandates, proposals and plans in one place.  Maintaining a database of unfunded needs (or a wish list) allows the City to compare and organize future projects and balance the community’s expectations and changing priorities.  Lastly, the CIP provides the City with a place to document successes and projects completed in the previous year(s).

These strategies were endorsed by the City Council and are the underlying philosophy of the Capital Improvements Program.

In addition to these three strategies, preserving and enhancing the quality of life for Springfield citizens is also important. Many things make up "quality of life", including a clean environment, pleasant neighborhoods, diverse housing and job opportunities, and recreational and cultural opportunities. Where possible, the capital improvement projects which are preferred are those which have a long useful life, benefit the city as a whole, benefit the city's low and moderate income citizens, and either protect or have no adverse impact on the environment.

Quality of life issues do not stop at the city boundaries. Development outside the city is also occurring at urban densities. People living in these areas expect services and public facilities at urban levels, and the density of development in these areas requires facilities, such as streets, built to urban standards. 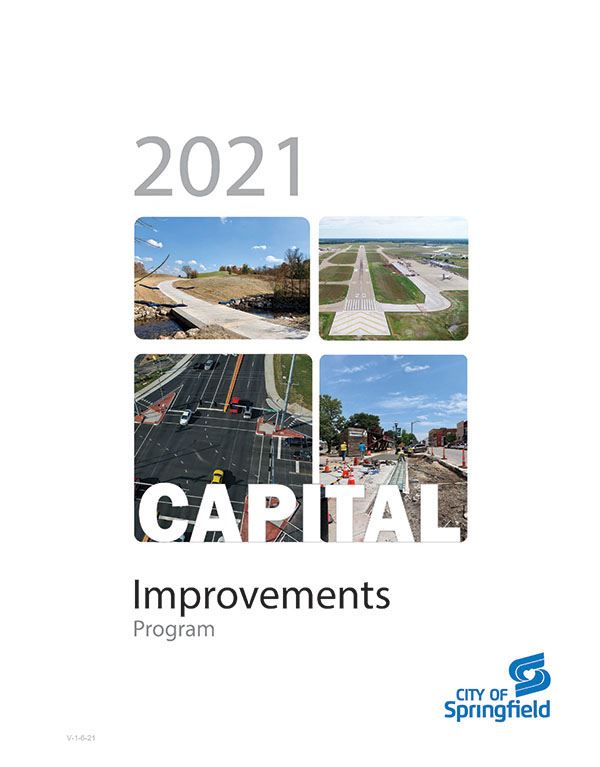