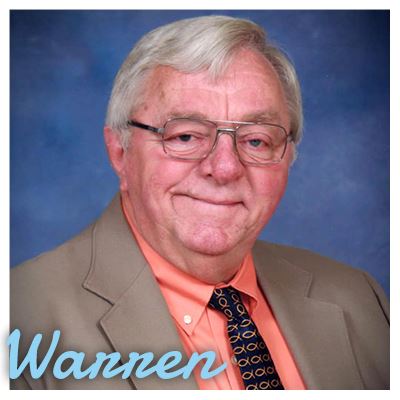 "Warren Findley, 77, of Springfield, Missouri, passed on to glory September 11, 2020 at Mercy Hospital in Springfield, Missouri. He was a believer in Jesus Christ, which means all who also know the Lord will see him again. Because of Jesus, Warren is more alive today than He has ever been as he waits in the joys of heaven for the rest of us to arrive.

Warren was born on November 7th, 1942 in Mansfield, Missouri to Clyde and Freda (Reese) Findley. As a child, his blonde hair earned him the life-long nickname “Cotton.” He was a graduate of Drury University with a BS in Business Administration. Throughout his working life, Warren was a salesman of everything from forklifts to lockers to all things material handling and office. His strong work ethic, character, and commitment to customer service were well-known from Sioux Falls, South Dakota to the Ozarks of southwest Missouri. When he said, “Call me if you need anything…” he meant it. Period.

Warren never met a stranger. He didn’t have to know you long before he’d give you the shirt off his back, or his fancy belt buckle, or his cowboy boots, or anything else you might need. He had a wonderful ability to see the good in others. Throughout his life, he was active serving organizations he believed could make this world a better place. He was a member of the Elks Lodge in Springfield, Missouri. He was a faithful member, serving deacon, smiling door greeter, and taught children’s Sunday School for over twenty years at South Haven Baptist Church.

From the American flag in his front yard to the years he customized his car to be a “flag mobile,” Warren was proud to be an American. He enjoyed watching old western movies, NASCAR, riding his motorcycle, and going to Branson with his family. He had many a local waitress trained to immediately bring him his own pitcher of iced tea when he sat down at a table in a restaurant.

A constant in Warren’s life was his love for classic country music. His mental catalogue of country music artists and lyrics was amazing. He was a remarkable country music dancer, even in the final weeks of his life. Be it the two-step, polka, jive, waltz, or boot scootin’ boogie, he could teach about anyone to dance. In his later years, he became an avid supporter of local bands and music venues. He took the years of singing to his kids when they were little and moved that to the karaoke screen where he became somewhat of a “local legend,” regularly working gospel songs into his repertoire.

Of all these things, Warren loved his family the most. If you knew him at all, you know that. Comments about Pat and Shelley were regularly on his lips. He heroically raised both of his kids as a single father, willingly making whatever sacrifices were necessary for them to have everything they needed. He attended every basketball game, every musical, every basement band practice, and every performance. The addition of a daughter-in-law and son-in-law only increased his love for his family. When his four grandkids came on the scene, his love multiplied exponentially. He was PROUD of his family and his kids are fully aware that they are who they are because the Lord saw fit to give them such a “one-of-a-kind” Daddy."