Domestic violence does more than inflict emotional and physical pain, and its effects can often spill over into all aspects of a victim's life. It also affects the lives of those around them at home, at work, at school and throughout the community. 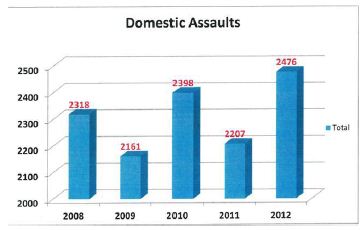