Micromobility is defined in City Code as:
Any vehicle or device that is capable of transporting a person at a speed not in excess of 15 miles per hour; that weighs 100 pounds or less; that is 30 inches or less in width; that is self-propelled by a motor or engine; and that is not otherwise defined by Missouri Statutes or the Springfield City Code as a motor vehicle, motorcycle, or motorized bicycle. The term "micromobility device" includes scooters, two- or three-wheeled bikes, mini-motorcycles, pocket bikes, motorized skateboards, hover boards, and other similar devices. The term micromobility device does not include any device that is designed to carry more than one passenger, is greater than 100 pounds in weight, is greater than 30 inches in width, or may be propelled at speeds greater than 15 miles per hour.

E-scooters will initially be limited to a specific area of Springfield using geofencing technology. Geofencing utilizes Global Positioning System (GPS) technology to establish a physical boundary devices will recognize. Once a device is taken outside the geofenced area, devices are programmed to shut off and will no longer operate. This area will be adjusted as needed. Working alongside micromobility companies to determine geofencing will be an essential tool to help manage E-Scooter usage around the City.

Scooter companies are required to maintain their devices and collect them if left in places where they may endanger the traveling public. Each scooter will have contact information posted on the stem of the device that includes a phone number to contact the company directly with any concerns.

Bird is currently the only scooter company licensed to rent or deploy on City right-of-way. The company can be contacted with questions or concerns at 1-866-205-2442 or [email protected] 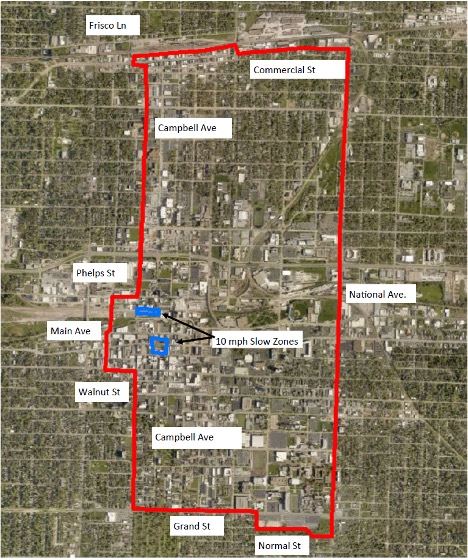 The City has designated 23 E-scooter parking areas Downtown and on Commercial Street.  These parking areas are clearly marked with green striping and a scooter emblem on the pavement stating, “Scooter Parking Only.” Designated locations were determined by available space and key origin and destination locations. Permitted scooter companies will also be encouraged to reach out to local business owners to establish parking areas in private parking lots. 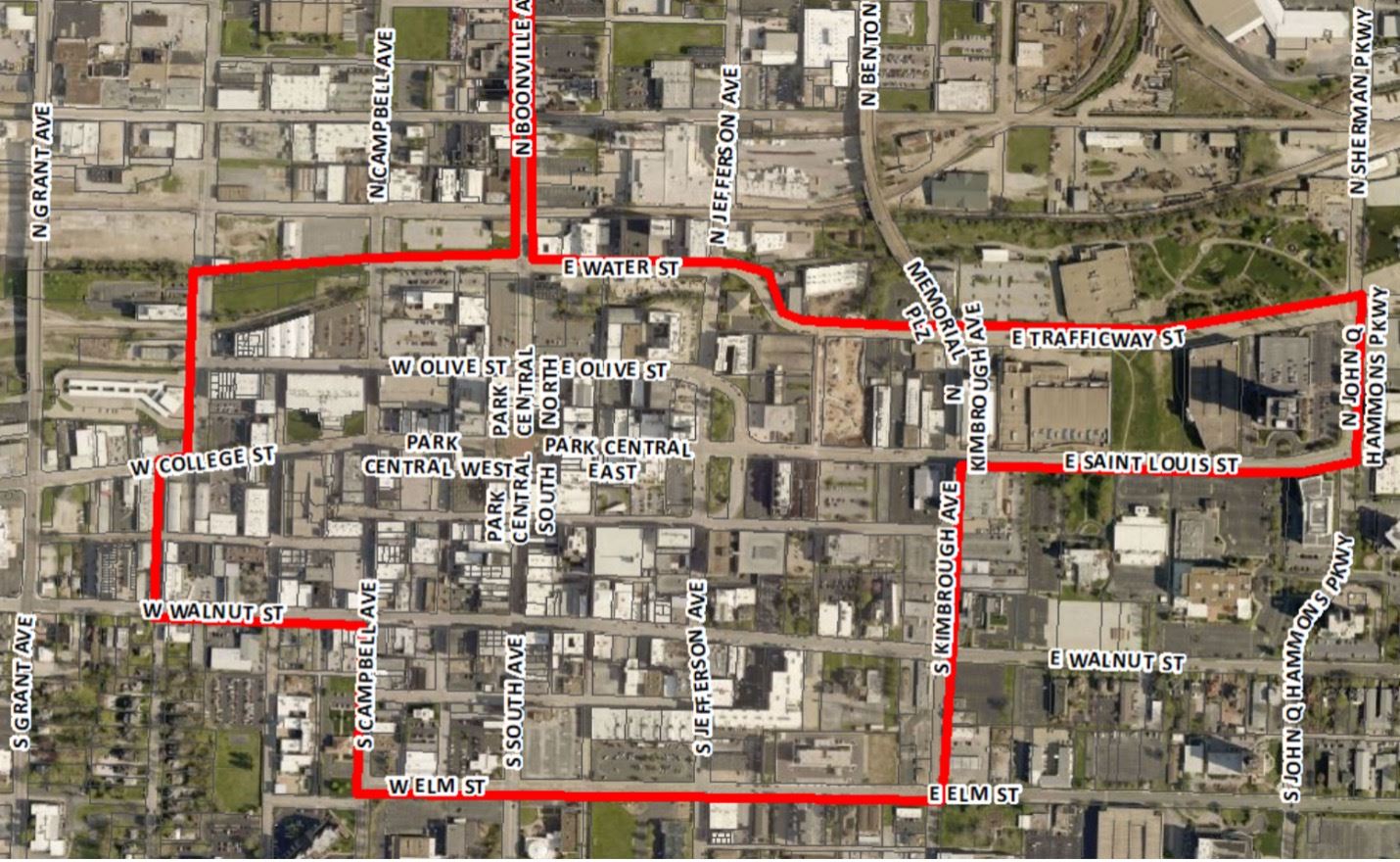 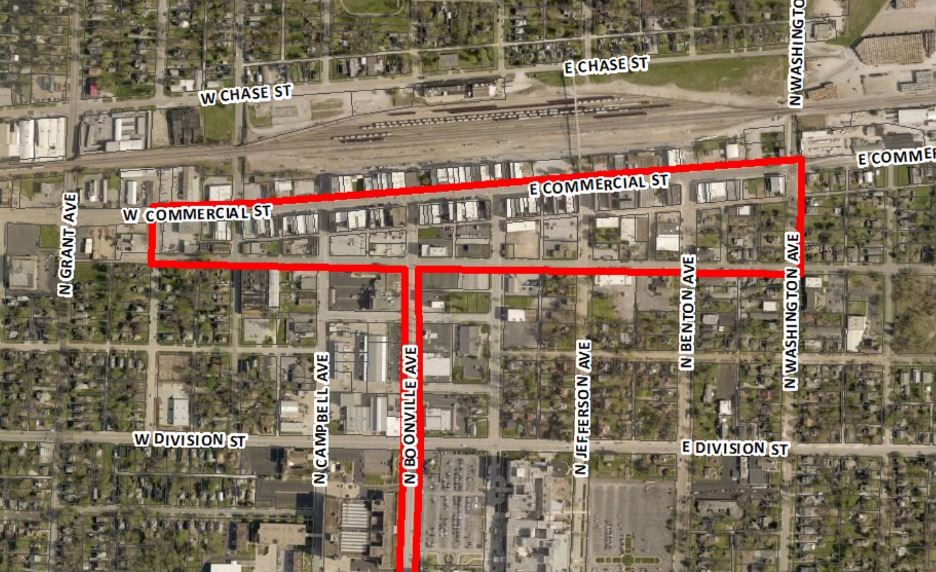 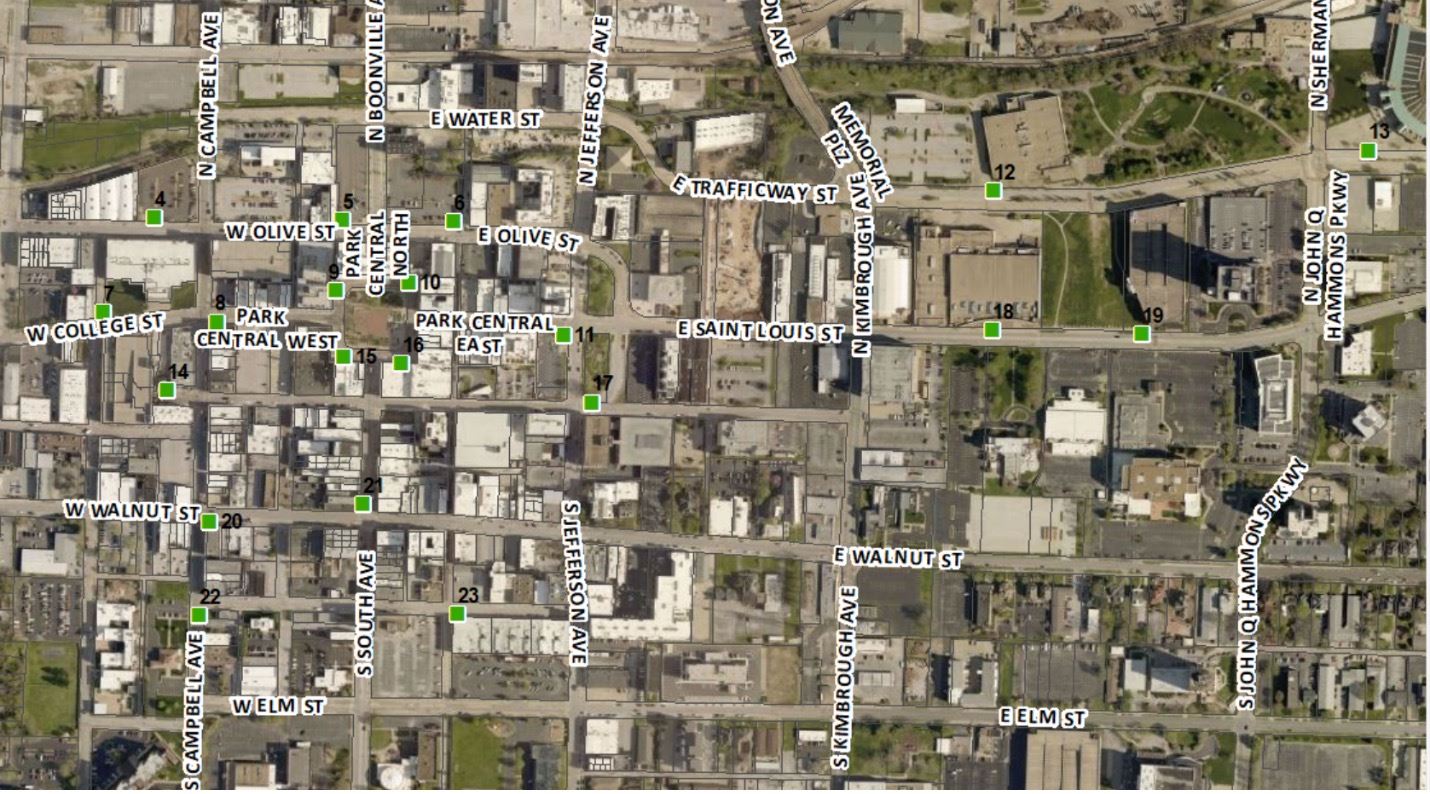 All operators of e-scooters and micromobility devices need to know and abide by the following rules and regulations that are enforceable by law in the City of Springfield.

One of the key concerns City staff have learned from other cities is the improper parking of e-scooters. If devices are not properly parked, they can obstruct sidewalks and can create an eye sore. If a designated parking area is not available, micromobility devices should be parked upright at the edge of a sidewalk or in a location that does not impede pedestrian traffic.

See below for examples of proper parking with and without a designated parking area. 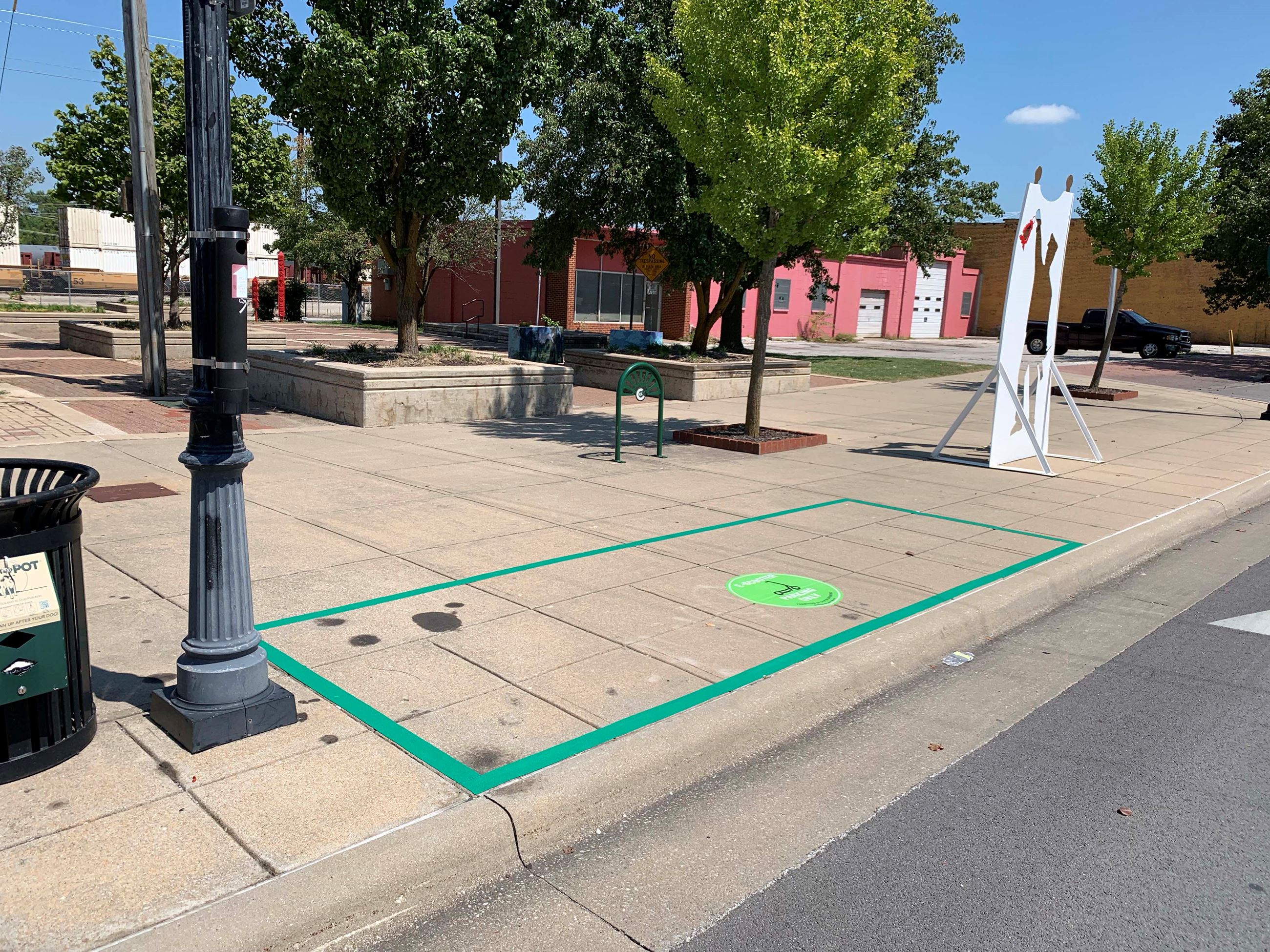 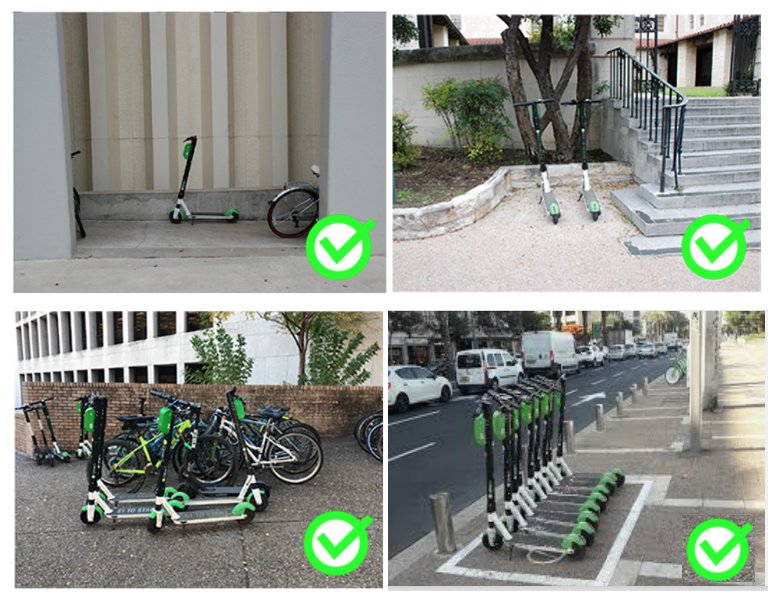