The Department of Environmental Services recently completed a study of wastewater rates across the Midwest, and it turns out that Springfield citizens pay less than their neighbors.

The study was conducted based on 2021 sewer rates and includes comparisons across several Missouri cities as well as a number of similar-sized cities in the Midwest. The study showed that, on average, Springfield residents pay 18% less than residents in other cities in Missouri. The average Springfield residential sewer bill in 2021 was $37.63 per month, which is $8.33 per month less than the average.

The City’s sewer department is funded entirely through sewer rates and these rates must reflect the long-term cost to provide reliable service and meet the City’s regulatory obligations, like the Overflow Control Plan. Believe it or not, sewer rates can be too low, resulting in neglect of this vital infrastructure.

The City realizes the impact that sewer rates have on our citizens and business community, and we strive to keep rates as low as possible. We also realize the need to efficiently operate and maintain this critical piece of community infrastructure and meet our regulatory obligations under the Clean Water Act. Based on the community's Integrated Planning efforts, we will continue to focus our citizen’s money on activities that maximize the benefit to our ratepayers while meeting our regulatory obligations. 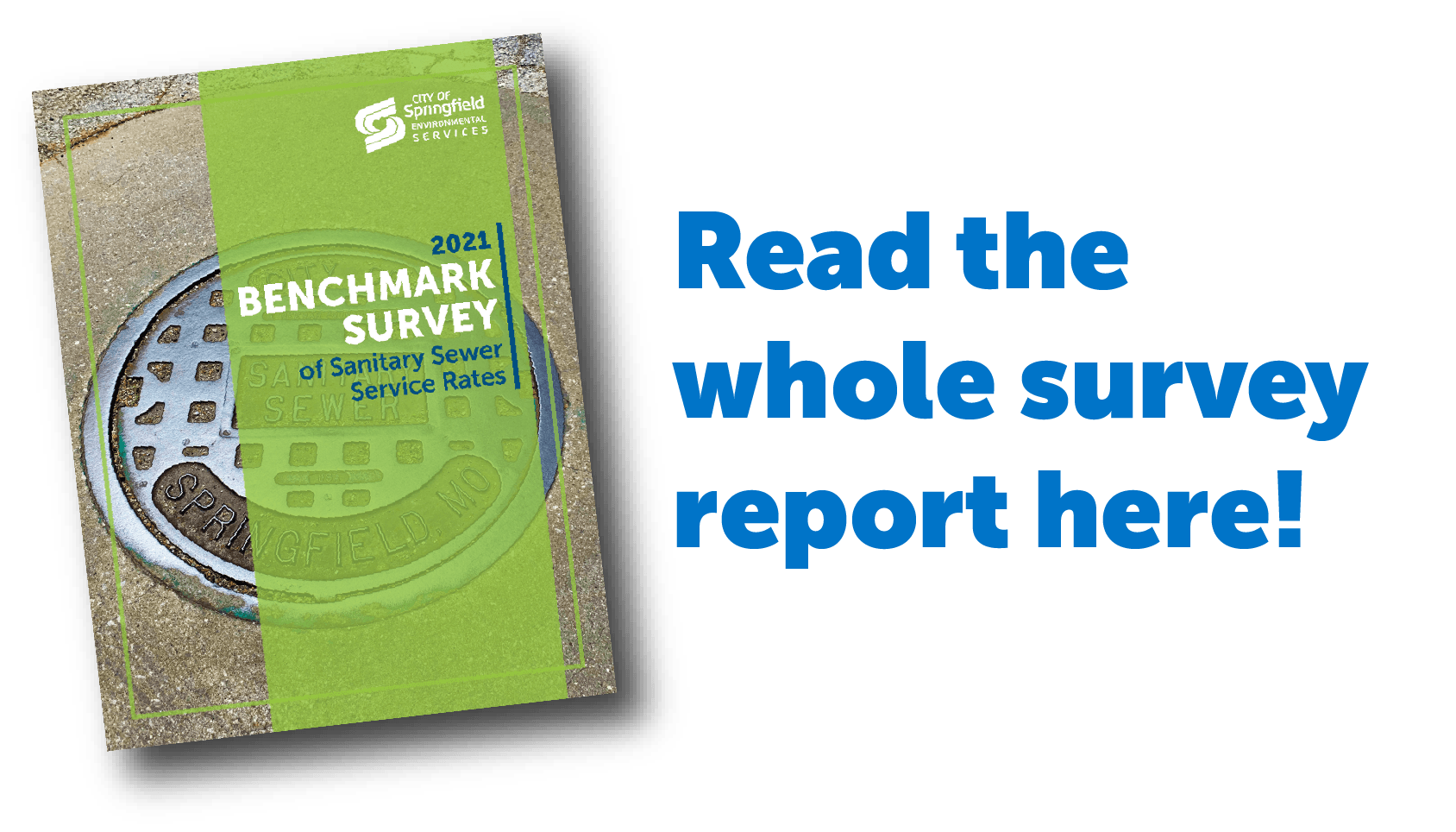 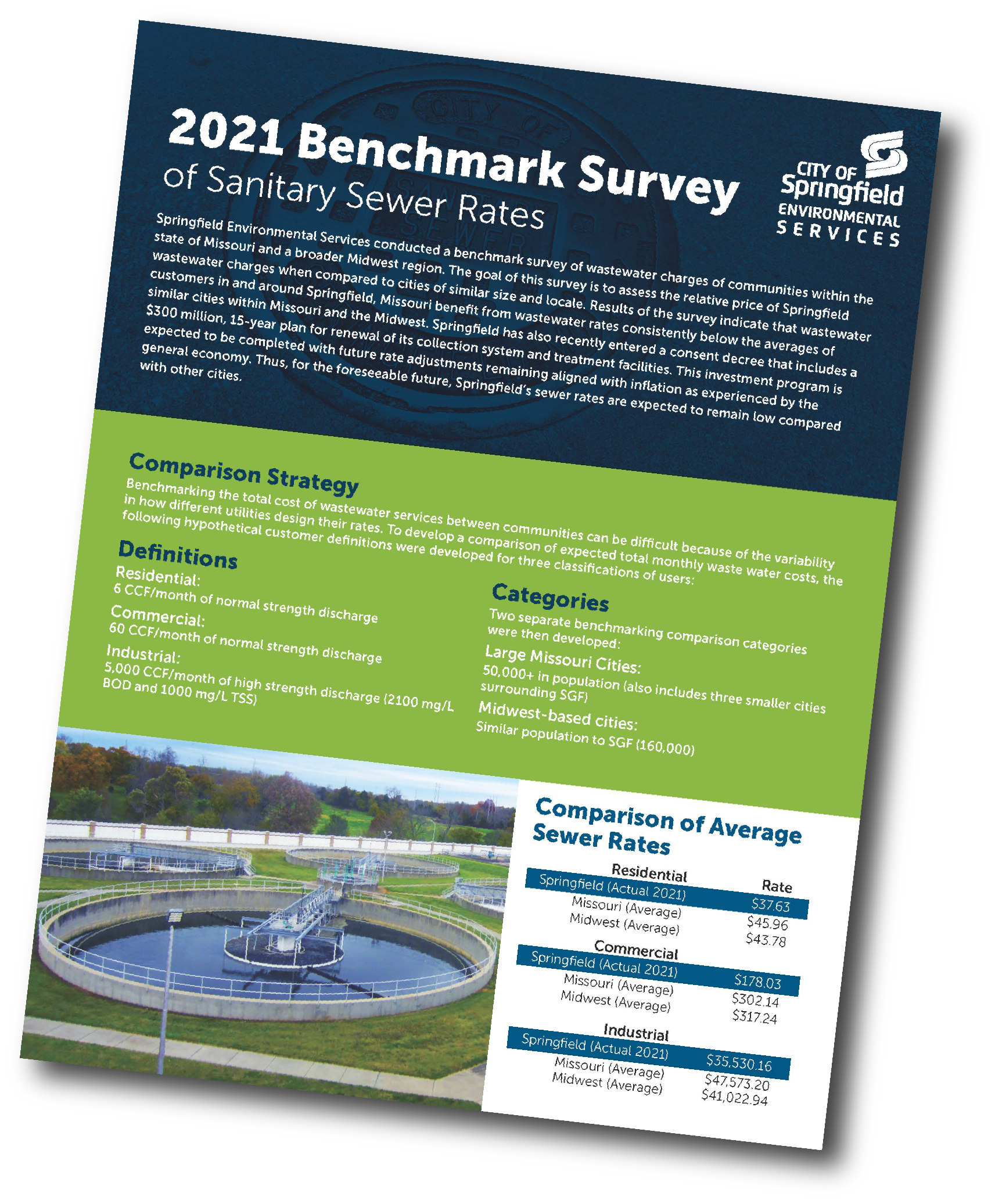 STUDY RESULTS  AT A GLANCE!

Results of the benchmarking survey indicate that: