Coffee With the Chief 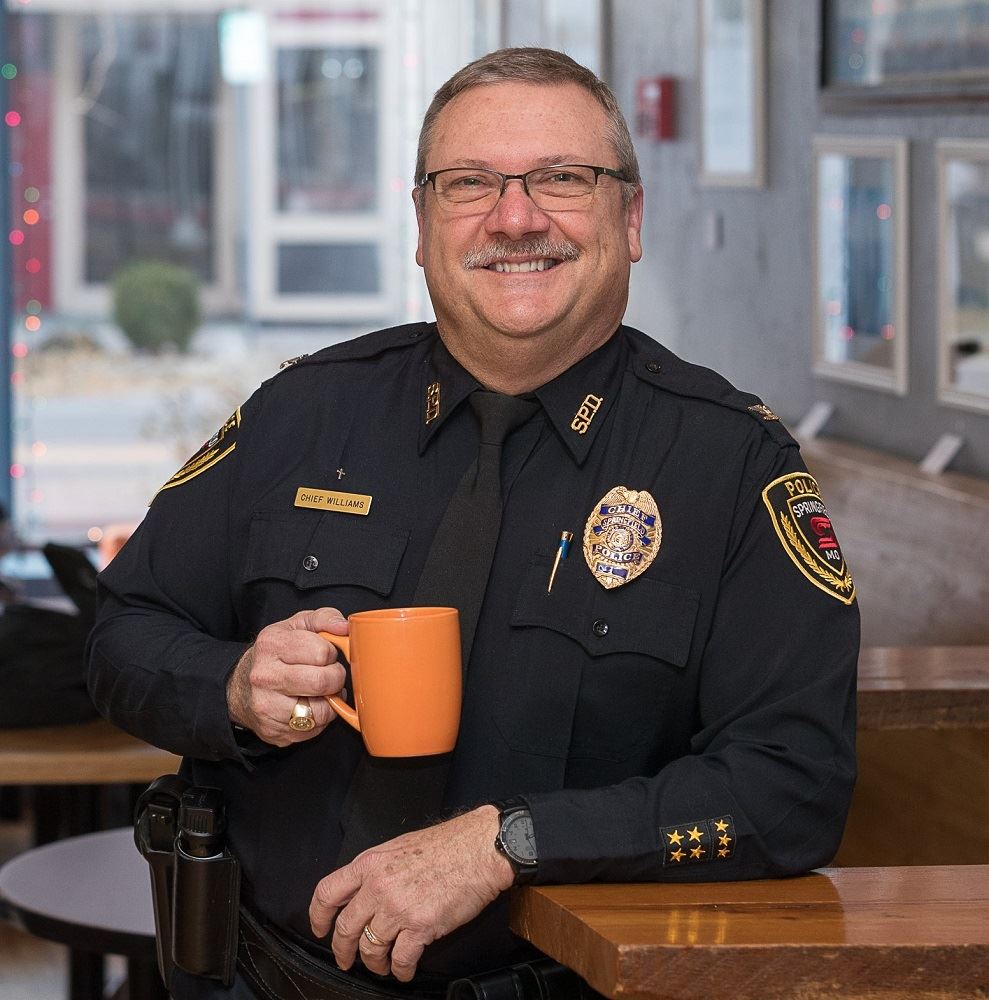 Chief Paul Williams of the Springfield Police Department began the monthly event, “Coffee with the Chief,” shortly after arriving in Springfield from Tulsa, Oklahoma, and taking the reins as Chief of Police in 2010. He planned to do it for his first year as a way to get to know the citizens of Springfield and as a way to open lines of communication between the department and those it serves.

At the end of the first year, Williams was encouraged by a former City Council member to continue “Coffee with the Chief indefinitely.” Seven years later, Williams has met countless citizens over cups of Joe in a comfortable and informal setting nearly every month since the event’s inception. He's even added a "Virtual Coffee with the Chief" option so people can communicate with him via Facebook Live in real time. The purpose of "Coffee with the Chief" is to encourage an open discussion between the public and the Chief. Anyone interested in asking questions about the department is encouraged to attend.