On November 17, 1998, at 11:46 a.m. Springfield Police Officers were dispatched to 1111 E. Trafficway, the Conco quarry, concerning a possible body found floating in the water.  Officers arrived and confirmed the discovery of a deceased male’s body in the quarry.  The deceased male was later identified as 23-year-old John A. Moody.  An autopsy was completed and it was determined Moody died as the result of a gunshot wound.

Officers and detectives conducted an extensive investigation and discovered Moody’s family and friends reported last seeing Moody or having contact with Moody approximately one month prior to the discovery of his body.  It is unknown how long Moody’s body may have been in the quarry before it was discovered. 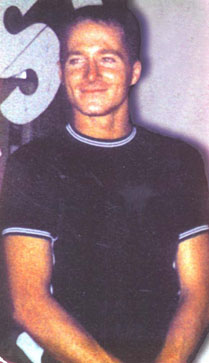