The Planning and Neighborhoods Team is embarking on a new era of comprehensive planning, with the development of a new Land Use Plan.

The goal of tackling these projects at the same time is to promote consistency and to build a coalition of neighborhood and community participants that will help support and provide input in the development of these plans and future implementation. 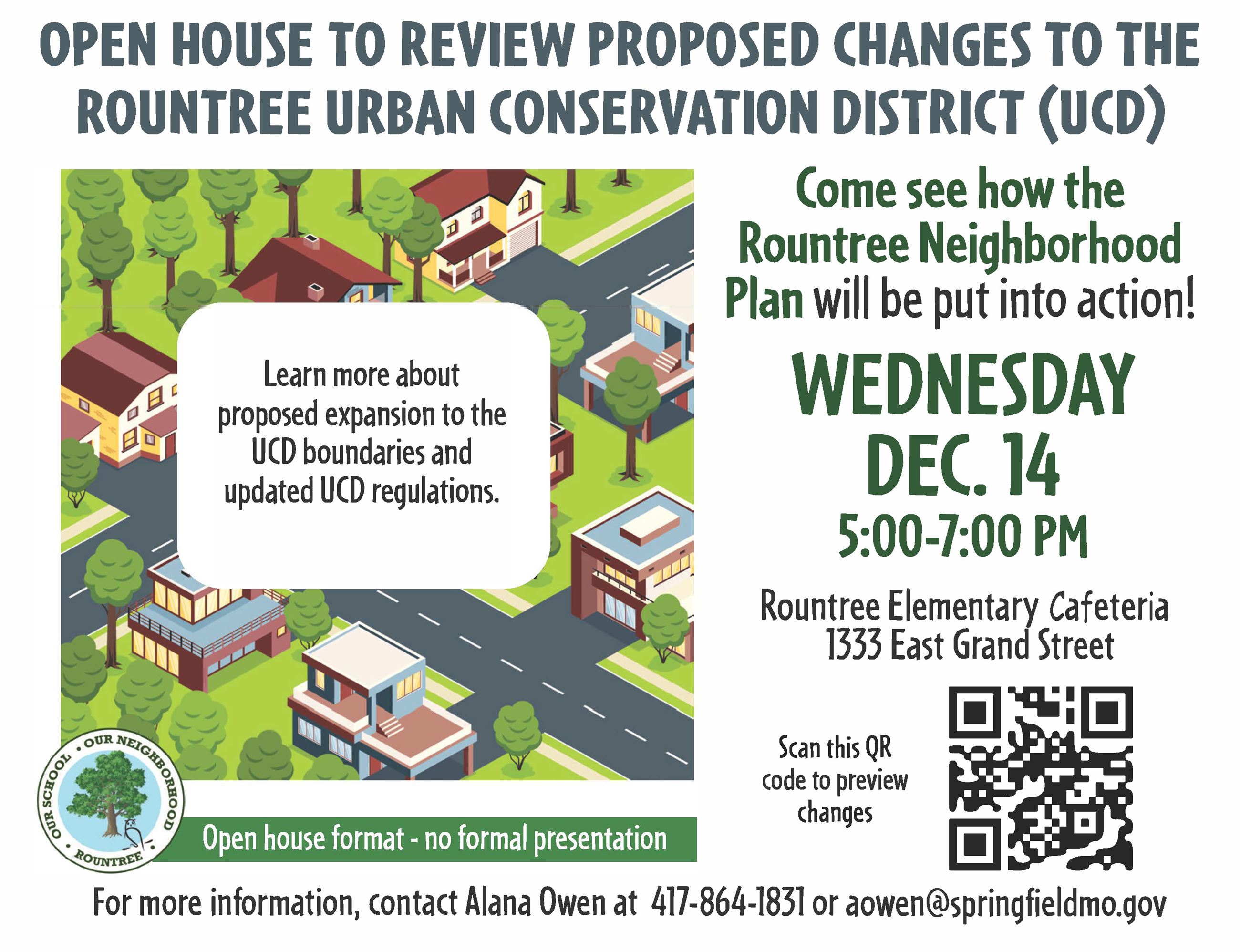 City Planning staff will host an open house 5-7 p.m. Wednesday, Dec. 14 at Rountree Elementary School cafeteria to provide an opportunity for stakeholder committees and Rountree neighbors to review, discuss and provide feedback to the recommended amendments to the Rountree Urban Conservation District. It is anticipated these amendments will be presented to the Planning and Zoning Commission and City Council in early 2023.

City staff as well as representatives from the neighborhood stakeholder committees will be available to answer questions and provide additional information.

In the spring of 2018, H3 Studio Inc. was hired to assist the City with an independent study of the National Avenue and Cherry Street corridors and provide an outside perspective on how the corridors should be optimally be developed and improved in the coming years. The amended Rountree Plan, including H3's recommendations, was adopted by City Council in November 2018. Following adoption of the plan, two committees of neighborhood stakeholders were formed to consider amendments to the Rountree UCD.