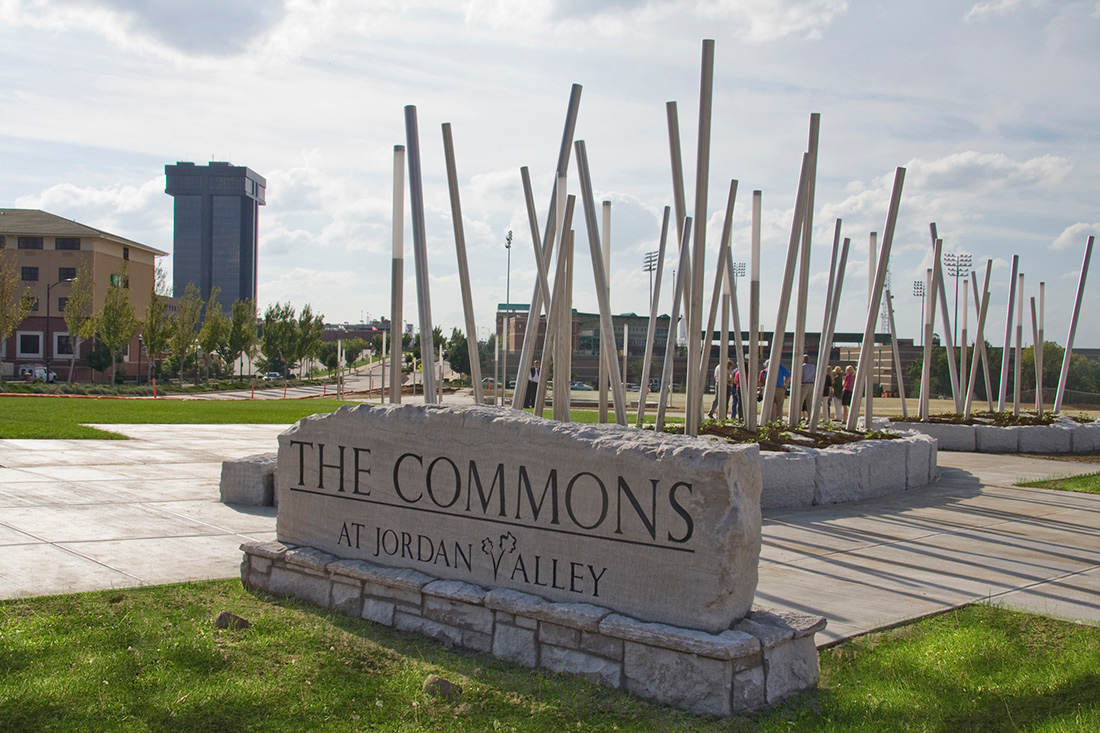 Gateway: Abstract Design
The stainless steel poles and surrounding limestone rock gardens are the focal element of The Commons. An abstract art feature designed by Greenworks Inc., following public and staff input, these elements can suggest different things to different people. Some examples:
Several historical or native ties are present in this gateway design:
Photos of the project are available online, for your viewing pleasure.

Phase Approval
This "first phase" effort to create an eye-catching entrance to the plaza and the greater downtown and Jordan Valley area was developed in conjunction with, and approved by, the Jordan Valley Advisory Committee, a citizens' group that makes recommendations for Jordan Valley plans and projects.

Future Master Plan Additions
The master plan design (PDF) will be posted on the fence at the site for the public to view.

Methane Mitigation System
A flare system has been installed to help mitigate methane gas created as a result of trees killed by Dutch Elm disease in the 1960s and dumped in the old quarry. The amount of methane is relatively small, but is still significant enough to warrant the flame. It won't burn constantly - you'll see it flare every so often as gas is collected. Signage around the flare will further explain this process.

Concept Plan Recommendations
Phase 1
Phase I of construction (in process) is to include the following:
Phase 2
Design Renderings