The LINK is a route along streets with low traffic volume and slow speed through Springfield’s core that includes an accessible walking path and a low-stress route for people to bicycle linking existing and planned greenway trails and activity centers. Walking and biking along The LINK is much less stressful than on most through streets.Since the streets have low traffic volumes and slow speeds, people on bicycles can drive in the street or on the continuous accessible sidewalk that is on at least one side of each street along The LINK route. The ultimate goal is to create a network of routes for people that walk, bicycle and drive that creates an experience of comfort and safety, similar to that of walking or riding on a greenway trail. The LINK is planned to be a corridor along which landscaping, fixtures, and materials would be of higher quality than along a typical street.

Map signs are located approximately at one-half mile intervals along The LINK.These signs provide directional information for attractions along The LINK and in the neighborhoods within one-half mile of each sign. Four cycle aid stations that include a bike stand, tools, and an air pump are located along The LINK.  The signs and cycle aid station are provided with assistance from the Healthy Living Alliance. Green storm water projects that reduce localized drainage issues and improve the environment are integrated with construction of The LINK.

The LINK connects more than just greenway trails.The route through the core of Springfield connects neighborhoods, multiple modes of travel, and business activity centers.  The activity centers include:

The LINK crosses bus routes at several locations. All City Utilities buses have bicycle racks.The bus stops will be upgraded over time to include shelters and could include additional features to improve security and comfort for people using The LINK. These connections make it easier for people to use the bus for part of their trip and use The LINK for another part of their trip.

The LINK intersects many bike routes. While bike routes may be on streets with higher traffic volumes than The LINK streets, these routes can be used between The LINK and neighborhoods or attractions that are some distance from The LINK.

Recent Projects on The LINK

Seven miles of The LINK are signed and marked from Doling Park to Battlefield Road. A project was completed in 2015 for The LINK to cross Sunset Street.The connection between Kimbrough Avenue and South Creek Greenway Trail includes a crosswalk on Sunset Street with a HAWK signal to stop motor traffic when people want to cross in the crosswalk. Another project completed in 2015 includes a segment of North Jordan Creek Greenway Trail that passes under Chestnut Expressway west of Sherman Avenue.This passage gives people using The LINK the option to cross under Chestnut Expressway rather than crossing it at grade on Sherman Avenue. Ward Branch Trail has been constructed under James River Freeway and Republic Road, and is scheduled to be connected to the segment south of Cardinal Street in 2017.

A side path for walking and bicycling was constructed on the south side of Central Street between Clay Avenue and Sherman Avenue. Jordan Creek Trail is between Central Street and Bob Barker Promenade is scheduled for construction in 2017.

John Q. Hammons Boulevard is being built between Bear Boulevard and Grand Street within the Missouri State University campus to include separate paths for transit, bicycling, and walking similar to its appearance in front of the John Q. Hammons Arena. An upgrade of the traffic signal at Sunshine Street and Kimbrough Avenue to provide wider sidewalks and ramps and additional pedestrian push buttons and signal heads is planned for later this year. Streets will be signed and marked for The LINK from Battlefield Road to Ward Branch Greenway Trail in the next two years. Ultimately, The LINK would be extended to The Library Center on South Campbell Avenue.

Additional intersection improvements, lighting, trees, and landscaping will be added over time to continue to improve the comfort along the route. Additional LINK routes will be added to connect to other trails and activity centers. The LINK system, like the greenway trail system, will be developed over many years and will be continually upgraded over time. 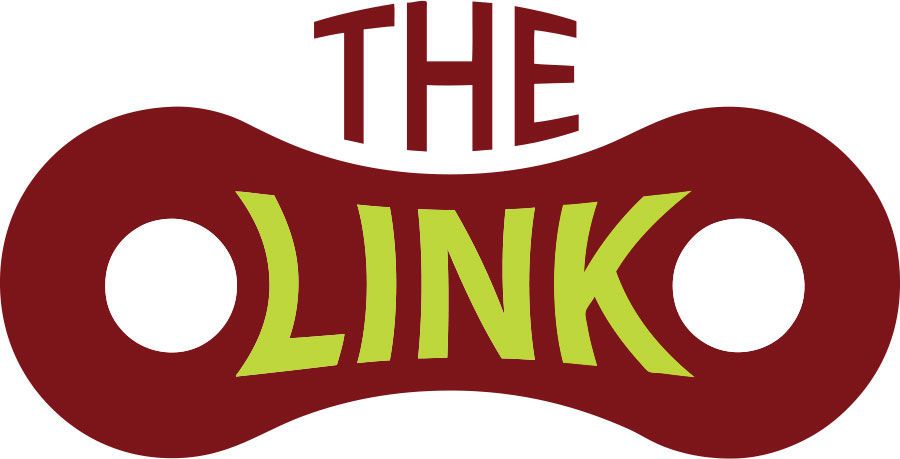