Have an interest working in Public Safety for the City of Springfield?

Physically Demanding Positions
Public Safety positions such as Firefighters and Police Officers are extremely physically demanding positions that require all around good physical conditioning.  For a qualified individual to be considered for these positions they must first be able to pass the written examination to move on to the Physical Agility Test which tests an individual on physical tasks required to perform the job.

The Springfield-Greene County Park Board has specifically designed and programmed a class to prepare individuals for the City of Springfield Firefighter and Police Officer Physical Agility Test (PAT). 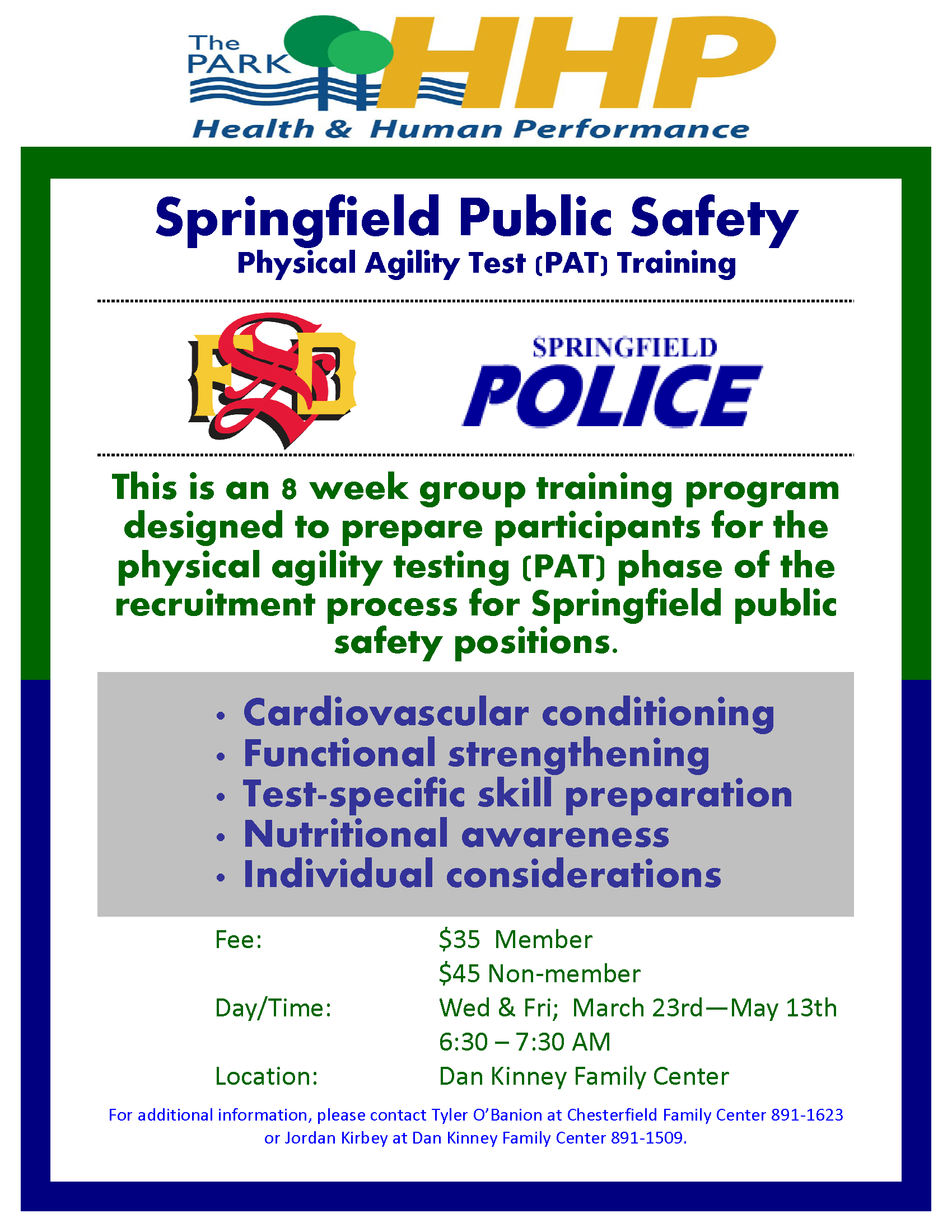 This program is vastly different than a boot camp or other general activity classes due to the professional level of the program content and management. Specific programming structure is utilized since there are specific purposes, prep timeline, focus, end result, etc.

Participants will recognize the exclusive nature of the program as being one that will provide a better path and is consistent with the goals and directives of the Police and Fire Departments and City of Springfield.

The Trainers
This program is facilitated by highly trained professionals with vast experience that have developed this program.